A belated post about our holiday to the beautiful Pacific island of Niue. We left Auckland on Saturday on one of the two flights per week (the only flights to Niue from anywhere) and arrived in Niue on Friday, which was a bit strange. After picking up our hire car (a bit dated) from the airport we headed to the resort. This was our first encounter with Niue’s roads and can be summed up with one word – potholes! Nobody seems to drive on the left hand side of the road, instead there are cars swerving all over to avoid the massive potholes that are everywhere. On the way we passed Trevor, the only duck on Niue, in his pond (large pothole that the fire service top up with water each day). 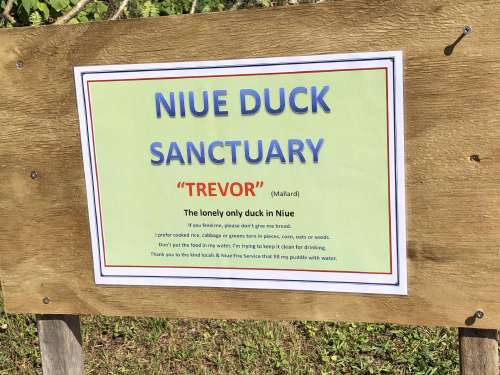 The resort was very nice, there were great views and, more importantly, air conditioning in the room. There was also a short track down to the sea where you got a pretty impressive view of the waves coming in.

Our first trip was to Matapa Chasm and Telava Arches, two different tracks starting from the same point near Hikutavake on the north western side of the island (pretty much everything to see on Niue is on the coast).

Telava Arches was a short walk on a rocky path through a forest and a short climb though a cave. 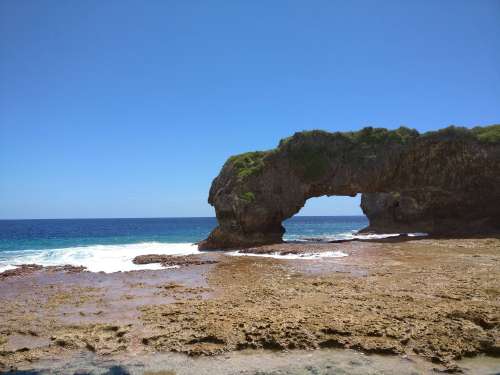 We down to Matapa Chasm after getting back from Telava Arches. It was a really impressive spot for swimming, a deep pool with steep walls on each side, lots of fish to see swimming around and a rock at the far end blocking off the open sea. We came back a couple of times during the holiday for a swim. 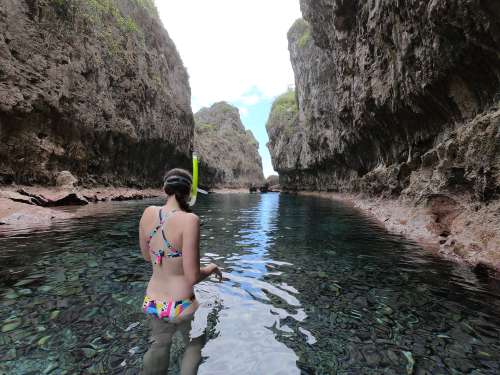 There was another really nice spot for snorkelling over near Matapa Chasm, called Limu Pools, which we visited a couple of times.

There were many other caves, beaches and snorkelling spots across Niue that we also visited.

We went out for a bike ride early one day, hiring a couple of mountain bikes from the resort. They were not in great condition and the hotel people sounded a bit surprised when we asked for a pump to put some air in the tyres. 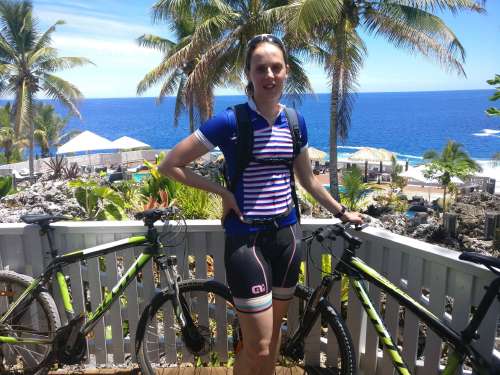 We did a clockwise loop around the southern end of the island. Initially we had planned to try and ride on some of the trails that show up on google maps but these turned out to be really overgrown and not well marked so in the end we stuck mainly to the roads. As seems to be normal on Niue, we had a bit of a fright when cycling past some houses when their dogs came charging out barking at us. As soon as I heard the dogs I started pedalling hard to get away. Gemma took a different approach and decided to slow right down and hope they’d leave her alone.

We did manage an off road section on the eastern side of the island, although it was not particularly well marked or used, and also stopped off at a sculpture park. It was a very hot ride and we were definitely glad to get back to the air conditioned room to try and cool down.

One of the highlights of the holiday was taking a boat trip. We were a little too late in the season to see the humpback whales that often pass Niue but we were lucky enough to “swim” with dolphins. The “swimming” involved hanging off the side of the motor boat with a snorkel on, as it moved along with the pack of dolphins. It was great to be so close to the dolphins as they swam alongside and underneath you. We also had a couple of opportunities to jump out and swim/snorkel into some caves during the boat trip.

Togo Chasm was a short walk from the road on the south eastern side of Niue. To enter the chasm you climb down a big ladder. 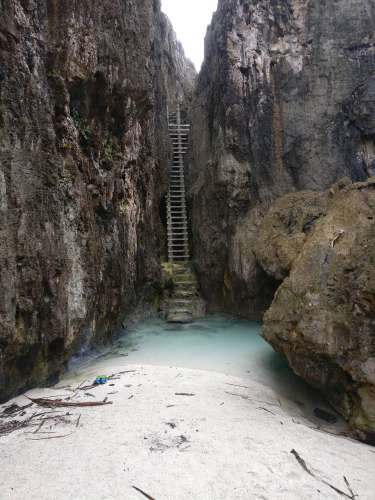 The chasm itself is quite small, there were some palm trees and a small cave you could climb through. From there you could hear the waves from the sea crashing against the large rocks at the end of the cave.

After Togo we visited Anapala Chasm, just outside Hakupu, apparently where villagers used to go to wash their clothes. 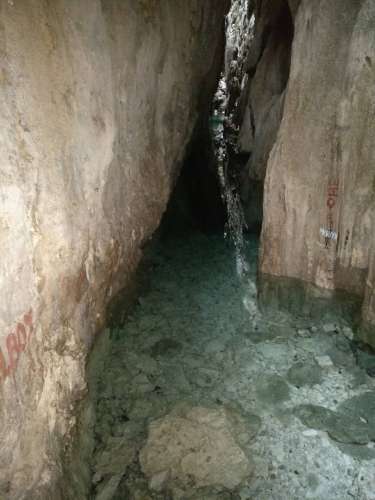 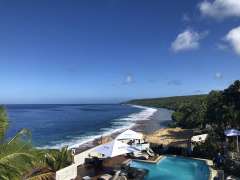 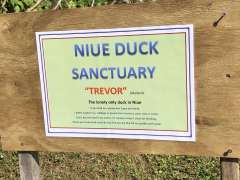 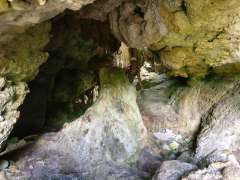 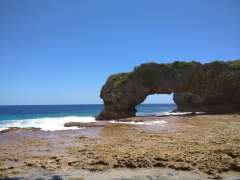 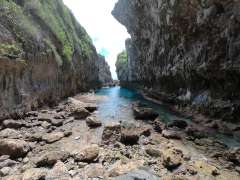 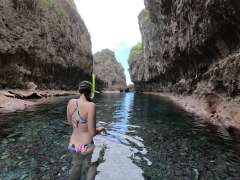 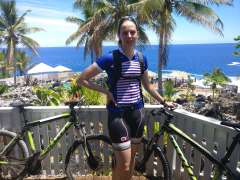 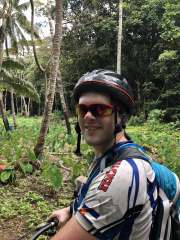 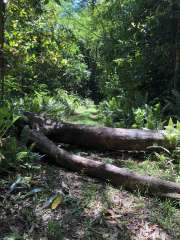 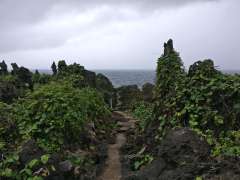 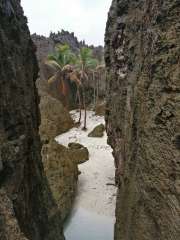 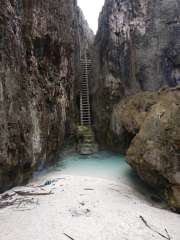 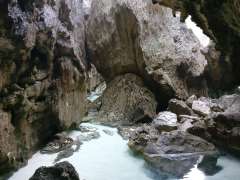 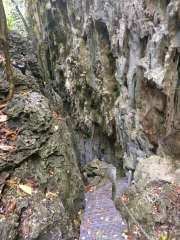 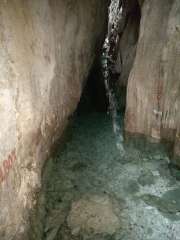 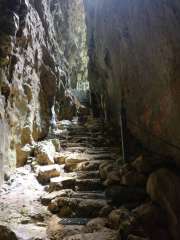