With Gemma sleeping after a night shift I decided it would be best to get out of the house and headed down to the Hunua Ranges for the first time. Starting from Hunua Falls, I did a loop around Cosseys Gorge track and Massey track. It was a popular spot, with a full car park and lots of people, at least around the waterfall area. After passing through the Kauri dieback cleaning station I headed out on the Cosseys Gorge track, doing the loop in a clockwise direction. Near the beginning, there was a little stream crossing, followed by a nice run beside a river and a gentle climb up towards the reservoir. 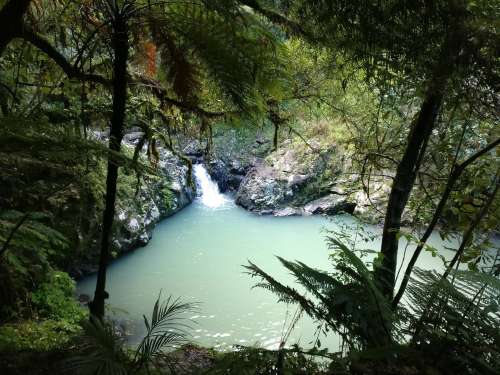 There was a nice flat section alongside the reservoir and dam before the steady climb up Massey track started. Part way up the climb there was a lookout with a good view back towards the reservoir. 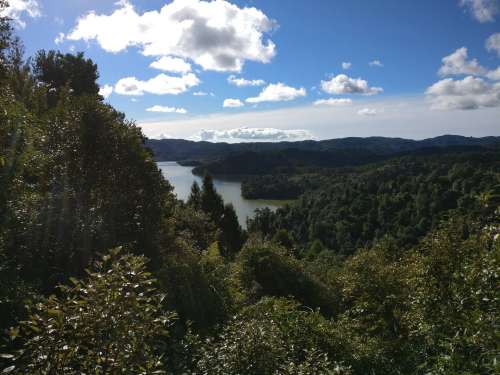 The trail, which was really good quality all the way around, eventually started to head back down towards the falls. On the way to the waterfall, I stopped off at the upper lookout, where you could just see the falls through a gap in the trees. 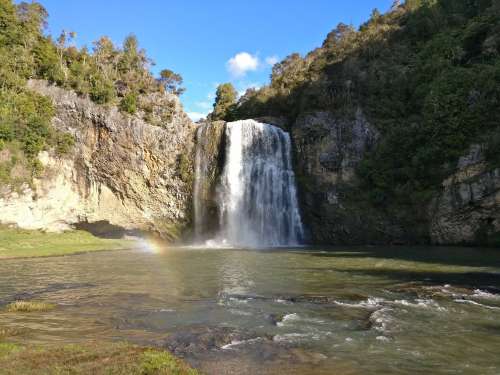 The waterfall was pretty impressive up close and, as you can see, there was quite a lot of water going over. 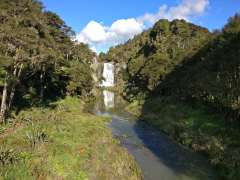 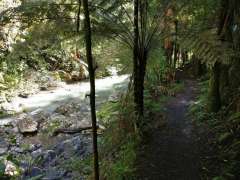 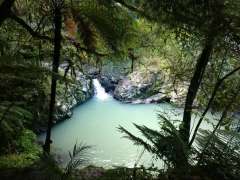 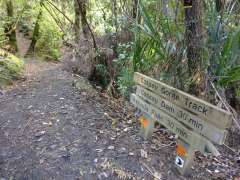 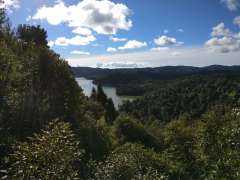 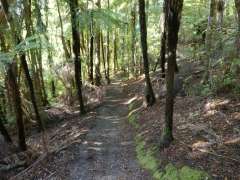 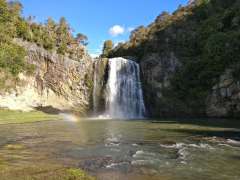 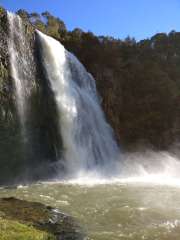