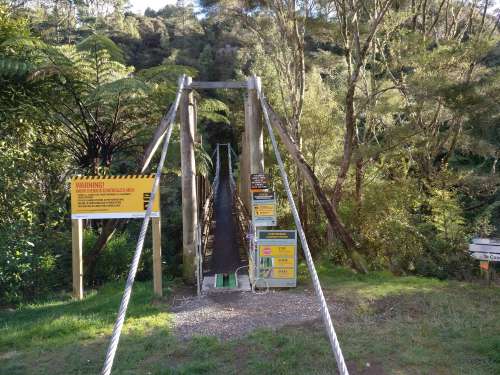 After the steep climb up this track, there was a steep descent down towards Wairoa Reservoir. On the way down there was a nice lookout point. 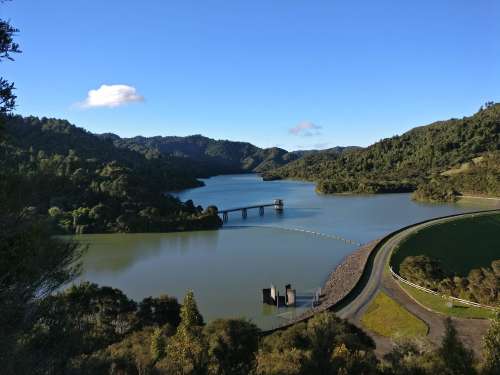 Next was a short flat section along the dam, before it was time to climb up again on the (even steeper) Wairoa Loop track. After a long climb, including navigating around a big slip that had taken out most of the track, it was a relief to reach a relatively flat grass track for the next section. 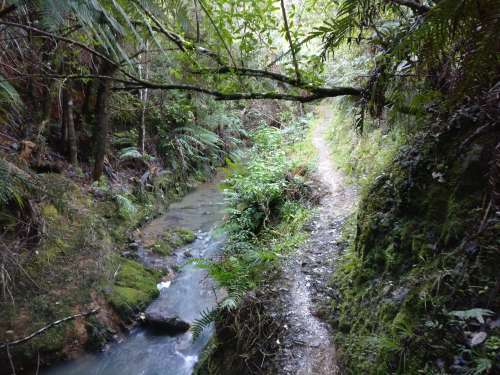 The final section was a descent through a forest and along a stream. This was a nice section to run on, especially after all the uphill so far. 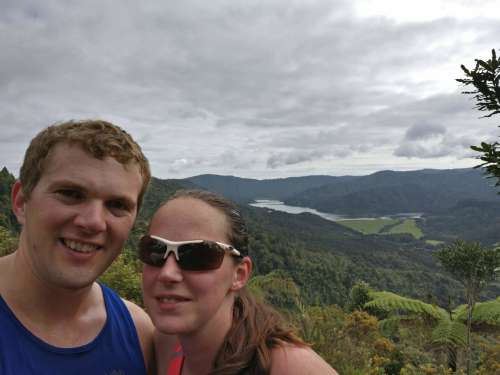 This was a good loop and I came back with Gemma a few weeks later. 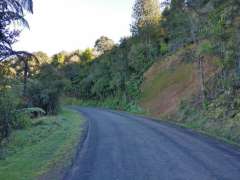 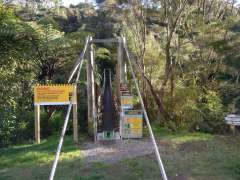 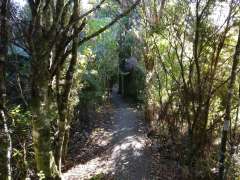 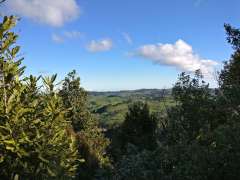 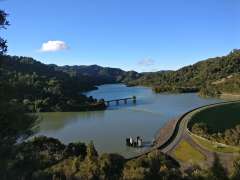 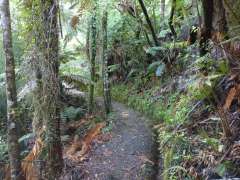 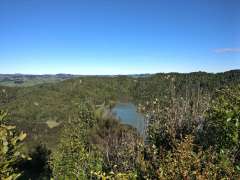 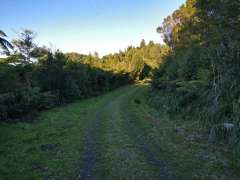 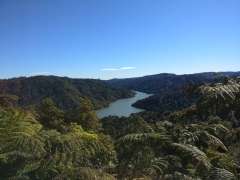 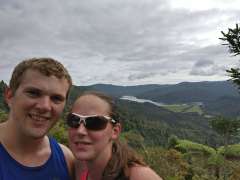 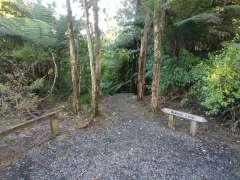 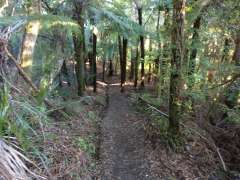 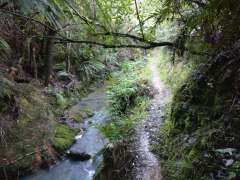 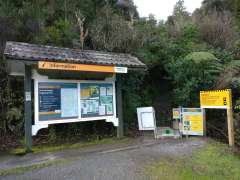