One morning in Wanaka, we hired a couple of mountain bikes and cycled out to Lake Hawea and back. It was a cold start to the day and took us a long time to warm up. We set out from Wanaka and cycled along a trail following the edge of the lake. When we reached the lake outlet the trail passed through a campsite we had stayed in previously, after which it narrowed down for a more technical section. 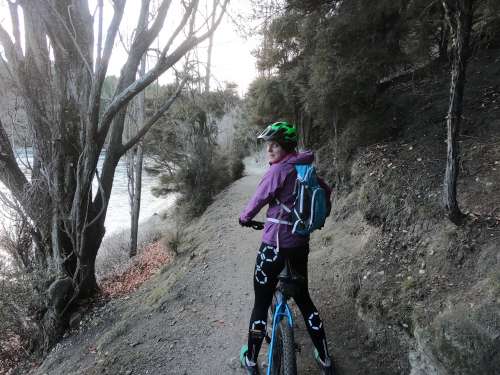 In general the tracks were well formed and signposted. Apparently the section of track between Albert Town and the suspension bridge had just been opened a few days earlier. There were great views of the mountains in the background most of the way. We even saw a couple of red and white Border Collies out for a walk along the way; Lomond would have been at home there. 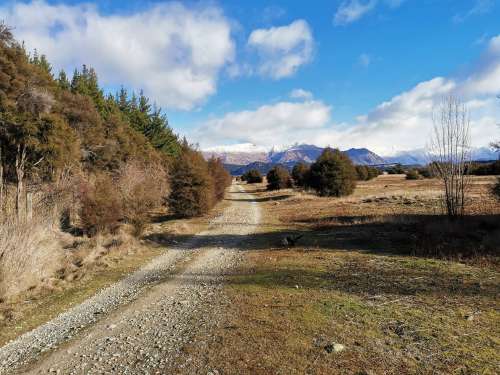 We stopped at Hawea for some lunch in front of the lake, including a brief stop at “Scott’s beach”, before heading back the way we came and back to the hotel for a hot shower. 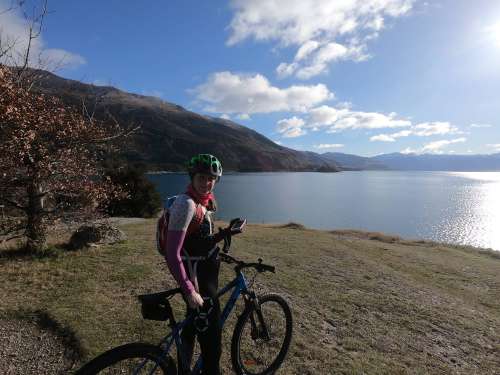 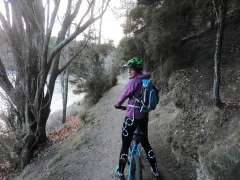 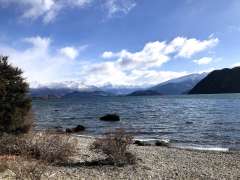 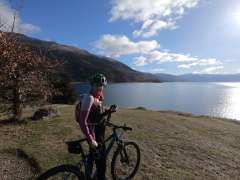 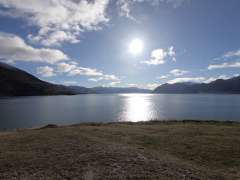 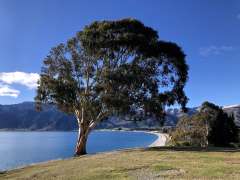 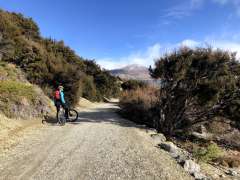 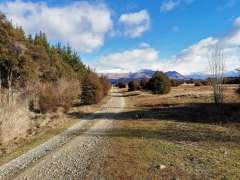